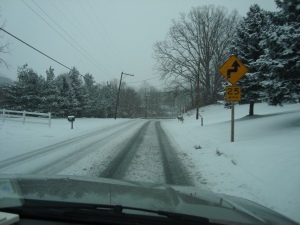 We went to Maryland this weekend for two reasons. First, we planned to attend a party that was both a reunion of Howard’s grad school classmates from the Molecular Biology department at UC Berkeley and a celebration of their classmate Carol’s recent Nobel Prize. The second reason was to visit with my sister Jane and her family because they live there, and we love to spend time with them.

The trip started off with annoyance on my part. We had an early morning flight. I hate airport food, but we were leaving too early to eat before we left home. I grabbed two yogurts and some plastic spoons from the refrigerator. We could eat them while we waited to board.

Who would have thought that yogurt is considered as a liquid, gel, or cream. (Actually, Howard warned me.) TSA spied the yogurts as the luggage went through the X-ray machine, and they confiscated our breakfast. I started to argue with the woman that yogurt wasn’t gel, it was food. I lost. Howard told me not to argue with TSA or we wouldn’t make it to our destination. I still don’t agree with their assessment and complained about it all weekend. And, I’m still complaining.

As luck would have it, a snowstorm hit Maryland shortly after our arrival on Saturday morning at Jane’s. Initially, it didn’t seem like it would amount to much, but as we lounged around and prepared lunch, the snow kept on coming. Then, my nephew’s basketball game was cancelled. Not looking good.

Being intrepid New Englanders and having travelled south specifically for the party, we didn’t want to abandon our plans. Fortunately, Danny lent us their 4-wheel drive vehicle for the 50 mile journey from Frederick to Baltimore. It was a grueling trip (see picture). Howard drove. It took almost 2 hours, more than twice as long as it should have. The roads weren’t plowed, not even the highways, and the other drivers weren’t predictable. There were plenty of cars abandoned at the side of the road. Traffic was treacherous and slow. It was stressful.

We did arrive at the party safely. But there was an element of dread thinking about another two hour ride home at the end of the night. Howard inquired, and we were able to get a room to stay the night (unplanned). Now, we could relax and enjoy the evening.

Howard really enjoyed reconnecting with his old friends. They reminisced about their years as grad students. There were some slide shows of their antics. There were also some entertaining videos. Also, Carol showed pictures and talked about the Nobel festivities in Stockholm in December. It was a late night for everyone.

In the morning, the sky was clear and blue. The roads were plowed too. We journeyed back to Jane’s for a breakfast feast and to swap their Tahoe for our lame rental car.

Jane made a nostalgic breakfast with a few favorites from childhood. She made salami and eggs and my mom’s special fruit salad. She also made a hash brown casserole, nicknamed Heart Attack Potatoes. They were not-so-healthy, but oh-so-tasty!!! For dessert, we had a walnut-topped cake that was very decadent. An excellent meal by Jane!

My mother made this fruit salad for all occasions and all seasons, sometimes for breakfast and sometimes to go with dinner. I think it’s the perfect winter fruit salad, though she made it year-round.

Peel the grapefruits and oranges with a knife, removing the pith. Cut the citrus fruit away from the membrane, section by section. Squeeze the membrane over a large serving bowl to extract any remaining juice. Cut each piece into thirds (bite-sized pieces). Add to the bowl.

Peel the apples and slice them into 1/4-inch slices. Cut the slices crosswise, about 1/4-inch. Add the apple pieces to the bowl.

Slice the bananas into the bowl.

Add the thawed strawberries with all their juice.

Posted on 1 February 2010, in General and tagged fruit, salad. Bookmark the permalink. 2 Comments.