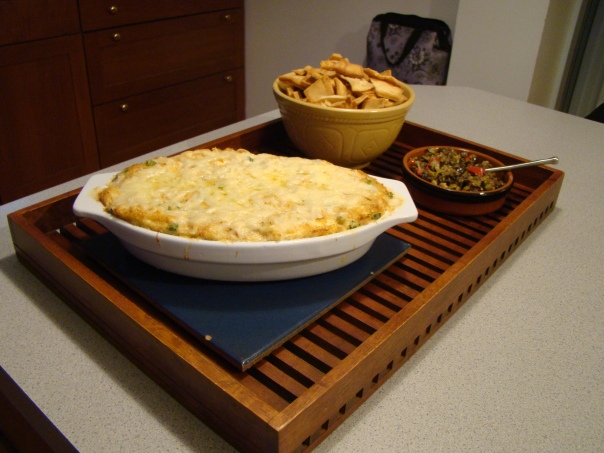 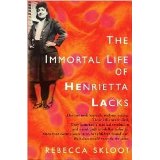 My book group met this week at my house to discuss our latest selection, The Immortal Life of Henrietta Lacks by Rebecca Skloot. This highly readable book is about an African-American woman from 1950’s Baltimore, whose cervical cancer cells turned out to be incredibly virulent and prolific. Her cells, HeLa cells, have been widely used in scientific research for 50 years. The book tells about her personal history and covers a range of bioethical issues . Howard, my molecular biologist husband, gave a brief lecture about some of the science we didn’t understand. The book provided great food for thought for lively discussion.

What would you provide for snacks that have some sort of loose connection to book’s theme? It was a stretch. Initially, I thought I’d serve a variety of twisted food, like cheese straws and some kind of cookie twists. The twists were meant to be reminiscent of the double helix of DNA. OK, I know, it’s a stretch.

In the end, I went in a different direction, drawing on Baltimore as the inspiration.

When I visited my Maryland sister a couple weeks back, we had an amazing warm crab dip for an appetizer before dinner at Mick’s New American Bistro in Frederick. It was creamy and crabby with a hint of sherry and a cheesy topping like French onion soup. That seemed like something to try to replicate.

It’s hard to find actual Maryland crab, so used Southeast Asian crab. I would have used lump crabmeat, which I can find at Costco, but I shopped at Trader Joe’s. They only had claw crabmeat. It worked fine, though lump would have been even better.

My dip was popular with the book group. I served it with Stacy’s pita chips, but it would be good on any sturdy crackers. It would probably be good on vegetables too. This made more than we needed for half a dozen ladies, so making a half recipe for a smaller group would be a good idea.

Preheat the oven to 350F. In a medium bowl, combine all the ingredients except the grated cheese. Transfer to a 1 quart baking dish. Sprinkle the cheese over the top.

Bake 30 minutes, until dip is bubbly and cheese is melted and golden brown.

Posted on 25 May 2011, in Books, General and tagged appetizers, crab. Bookmark the permalink. 7 Comments.