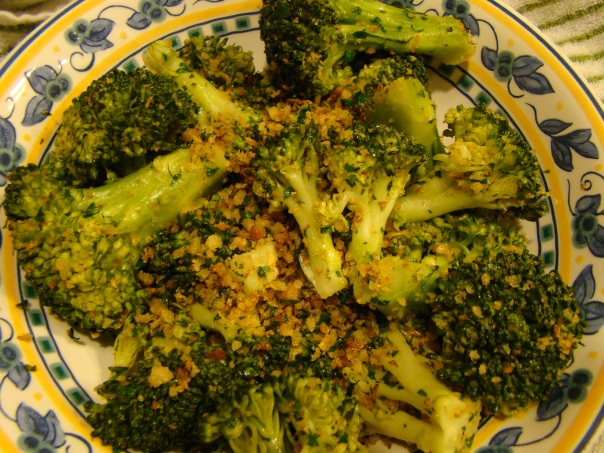 There are several things I enjoy about participating in French Fridays with Dorie. One is that I’m cooking more recipes from a single cookbook than I’ve ever done before. Every week for over six months (well, OK, I skipped once), I’ve tried a new recipe from Dorie Greenspan’s Around My French Table. The recipes are so varied: different courses, different ingredients, and different levels of complexity. I’ve learned new ways to make old favorites, been introduced to some new combinations, and definitely learned some new techniques. Sometimes, I make the recipe straight from the book. Other times, I vary it because of food preferences or lack of shopping preparedness.

I’m doing this along a community of other food bloggers that share this experience each week. My favorite part is reading the other blogs and getting new ideas and inspirations based on others’ variations or lessons learned from the same recipe from the same book. The bloggers are from all over the world, and each one brings something different to their kitchen. What’s your favorite part of being part of FFWD?

This week’s recipe was another easy one: Garlicky Crumb-Coated Broccoli. I love most vegetables, but, honestly, broccoli is one that I have only recently made peace with. Not to get too political, but I remember in the 1980s when the President George Bush (the first) proclaimed that he had never liked broccoli. It was the only thing he ever said that I actually agreed with.

Times change, and my palette is always open to new experiences, even if it involves retrying old things. It started when I discovered roasted broccoli. The broccoli was coated with olive oil and roasted at high heat until it was singed and slightly caramelized. That went on the list as broccoli I would eat. Then, I found a baked pasta dish I liked with broccoli, roasted tomatoes, and blue cheese. Another recipe added to the “will eat” list. Then, there were a few different combinations of stir-fried broccoli with various toppings from different cuisines that went on the list. My most recent favorite has been a Broccoli-Cheddar Soup that is a lunch favorite (I just made a batch this week.)

This is all to explain that I wasn’t as horrified as I might have been five years ago to see a broccoli recipe as the week’s choice. There isn’t all that much to say about this recipe. It was a simple, though tasty, side dish. Steamed broccoli tossed with garlicky buttered crumbs with a smidge of lemon zest and fresh parsley, giving it a gremolata undertone.

My thoughts on this one? 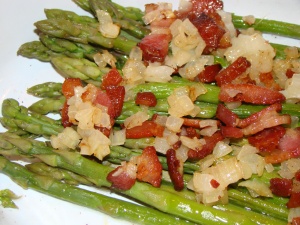 I made the Asparagus with Bits of Bacon (on page 330 of AMFT) in tandem with the broccoli. The asparagus was unplanned, but when I realized I had some, I looked to see what recipes Dorie had for asparagus. I had all the ingredients for this recipe on hand. Both were easy enough to make at the same time, and I’d probably make both again. I’m glad I’ve finally learned to enjoy broccoli.

To see how the other FFwD bloggers fared with their broccoli this week, check out their links here. I’m sure there will be some creative twists on this easy recipe.

Next week’s recipe is Vanilla Eclairs, which will take me completely out of my comfort zone. I’m a bit nervous, but it will be interesting to try something completely different. 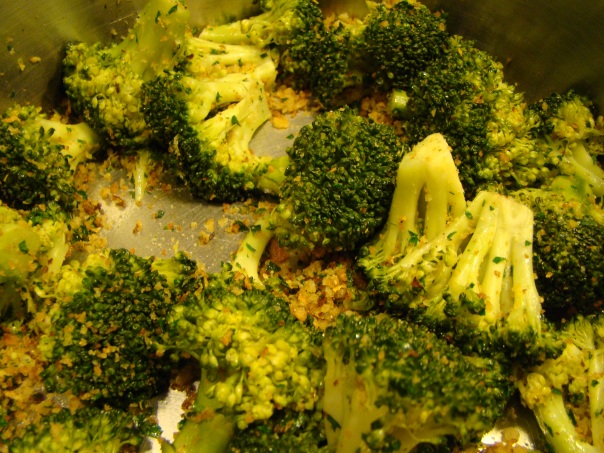